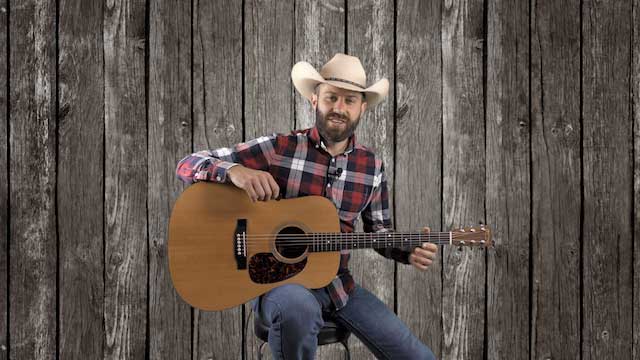 Log in or register to watch the jam track video!

Just posted this lesson here on “Wabash Cannonball” a few minutes ago. I’ve got the two guitar solo lesson videos recorded and the rhythm breakdown and jam track videos are on the way…should have them posted by the end of the week. Hope y’all like this one!

Good deal! If you like this one, you’ll probably like next week’s song lesson also…it’ll be kind of similar to this one here.

Such a great lesson. Thanks a lot Devin!

The melodic solo is just my speed. Very excellent lesson! I would say this video alone is worth signing up. Looking forward to browsing through your other lessons. Terry

Great lesson, love the bluegrass flatpicking solo, This one will keep me busy for a while

Hey Devin, you are killing it with these lessons! Keep going man. This is great stuff and a clean site!!

Thanks! More lessons on the way…about to go record Fill Riff Course Lesson 11 here in a few minutes. Glad you’re liking the site!

This is the best country & bluegrass site on the web. I’m 63 trying to pick up my old acoustic once again and your lessons make it easy and fun. Keep up the fantastic work.

man i really like the bluegrass lick version of ” Wabash cannonball” i’m playing till my fingers fall off. Thanks again Devin.

The rhytmn breakdown is very well explain and the so beautiful, thanks Devin!

Very nice lesson! I would like it if you did more train songs like “Freight train boogie” and “Hobo Heaven”, and other boxcar Willie songs.