Definition: Crosspicking is a technique for playing the guitar or mandolin that involves using a flatpick to pick a group of three or more strings in a pattern that repeats. The crosspicking style is best known as an element of the flatpicking style in bluegrass music, and when played on guitar, it sounds very similar to the “rolls” that you hear from a banjo player. Crosspicking is essentially the guitar version of the fingerpicked banjo roll.

Crosspicking was introduced on acoustic guitar in the 1950s by Stanley Brothers guitarist George Shuffler. Shuffler developed this technique to use for playing backup fills and lead guitar. Other well-known crosspickers in the bluegrass genre include Doc Watson, Clarence White, and Tony Rice. 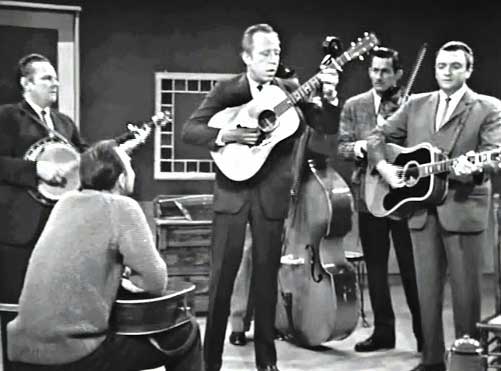 The direction you pick the strings when crosspicking a standard three-note roll is a personal preference. Many guitar players prefer a down-down-up, down-down-up, down-up pattern. This method closely mimics the traditional banjo roll. The other common technique is a strict alternate picking pattern of down-up-down, up-down-up, down-up.