What is flatpicking on guitar?

Flatpicking is a term for when a guitarist strikes the strings of a guitar with a standard guitar pick (also called a plectrum). When a guitar player is flatpicking, he or she will hold the guitar pick between the thumb and one or two fingers. Flatpicking can be contrasted to fingerstyle guitar where a guitar player plucks the strings using individual fingers. Fingerpicking can be done with or without wearing fingerpicks. 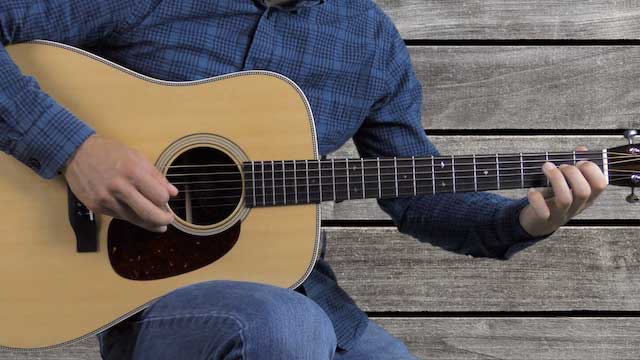 Even though the use of a flat pick or plectrum is common in musical genres such as rock and jazz, the term “flatpicking” is usually associated with Appalachian music, including bluegrass, blues, early country music, gospel, mountain swing, and old-time. Starting in the 1930s, flatpicking became popular in American Appalachian music when guitarists began arranging old-time American fiddle tunes on the acoustic guitar. Prior to this development, the traditional role of a guitarist was to play rhythm accompaniment with occasional bass line runs. Today, the hard-driving style of bluegrass flatpicking is often fast and dynamic, incorporating hammer-ons, pull-offs, slides, rapid crosspicking, and intricate strumming.