Guitar slash chords are extremely common in country and bluegrass music. When you play in a band, the bass player will often play the root note, which allows the guitar player to experiment with using different bass notes in his or her chords. 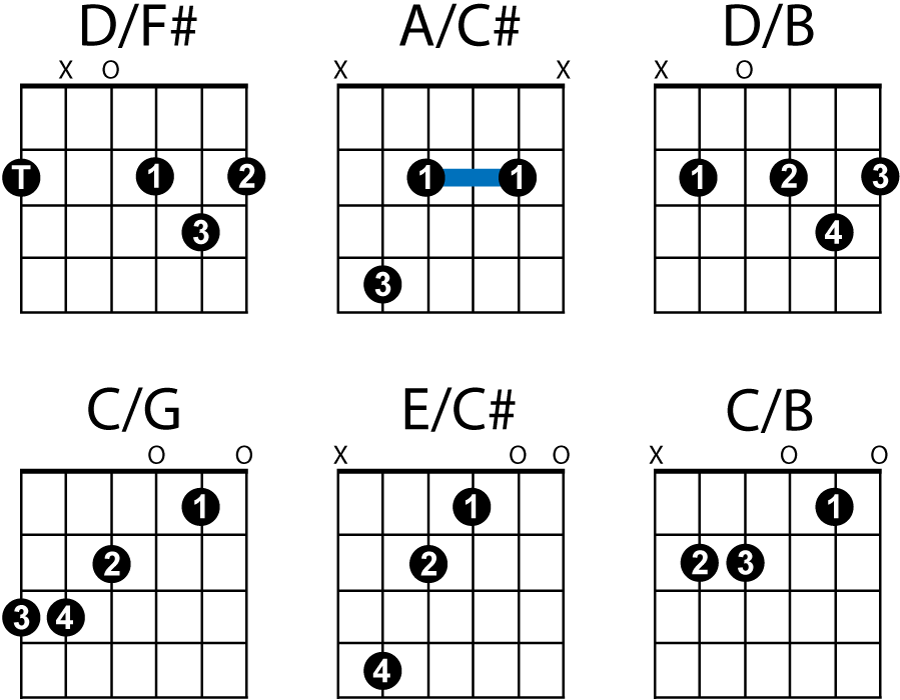 Slash chords are often used to make smooth transitions between chords. For example, instead of changing directly from a C to an A minor (Am), the slash chord C/B can be played in between. The new chord progression will be C to C/B to Am. This progression is very pleasing to the ear because it melodically “walks” the bass note down the musical scale (C down to B down to A).

Try out these chord progressions:

Or try this longer progression that uses slash chords to walk the melodic bass line down the scale: