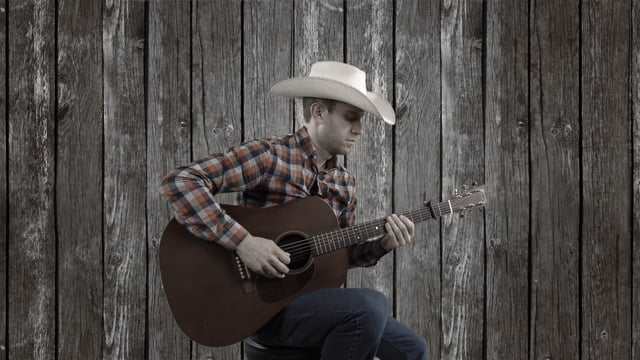 Cherokee Shuffle is an old traditional fiddle tune that’s become a popular tune for bluegrass flatpickers to play on acoustic guitar. The first version of this tune was recorded by fiddler Tommy Magness in the 1930’s. Tommy Jackson is generally credited with transforming Magness’s rendition into “Cherokee Shuffle” in the key of A. In this lesson, we’ll slow down this tune and play along with interactive guitar tablature note for note. Be sure to use the AB Looping and playback speed controls on the video player!

nice arrangement on this one

Thanks Devin, I’m really enjoying all the flatpicking tunes. I’m more of a song based learner so this is helping me out a lot!

I like the new tablature play along you’re adding to the videos now. Pretty slick.

Thanks! Yep, you’re right on…I learned this song listening to his version. Of all the arrangements out there, I really liked his take on the song. His smooth picking style reminds me of Bryan Sutton in a way.

I’ve been trying to learn this song for years, and my mind’s like a one-eyed dog in a smokehouse. I guess I’ll wash off my war paint and try it the Texan way.

Might as well throw on a cowboy hat and give it a try! Yeah, this is a tough one…has some odd timing here and there. Great song though. Good luck!

This is a great song. Now to get it up to speed!

This one sounds very nice. By far, it’s probably the most challenging one I’ve seen, but good country and Bluegrass deserves all the time and practice it needs to sound right. Thanks again Devin! Will be working on this one for now…

What a great lesson

What model martin are you playing ? I’m going to get one, lol.. he sounds awesome

Thanks! This one is a Martin D-15… an older model where it was made with mahogany backs and sides. I believe the newer ones are called D-15M. Great sounding guitars for sure!