“Worried Blues” is an old song from the early 1900s written by a country blues musician named Frank Hutchinson. Hutchinson was best known for playing slide guitar with the guitar held in his lap. His song “Worried Blues” has been recorded by several artists over the years, including a popular fingerstyle arrangement by Doc Watson.

New lesson! This arrangement is kind of a cross between the Frank Hutchinson version of “Worried Blues” and the Doc Watson version. Hope y’all like the bluesy country guitar breaks that I put together for this one. I’ll have the chords & lyrics video posted by the end of the week, but in the meantime, you should be able to get through the entire song with the Chords & Lyrics PDF download below the lesson video.

Thanks for watching! – Devin

Again, thanks Devin it’s another good one!

Amazing, as always. Great stuff Devin. I’ll try to sing along too!

Jocelyn I just posted the Chords & Lyrics video for Worried Blues if you’re interested. Hope y’all have a great week –

That’s brilliant. Thanks Devin. Can’t wait for the working week to end and give this a go!

Thanks man, you make it so easy to learn. I still think you have the best lesson site online. Keep it up!

Different strumming patterns, quality teaching and video and you teach me how to use instrumental breaks and building arrangements with chords….well this is what I was looking for, for many years! Thanks Devin!

Awesome lesson man! Your lessons are really helping me out, I’m learning a ton.

Such a great lesson. I’m learning a lot. Excellent explanations. Such a bluesy song and I learn how to spice up the song with little base line walks and different strumming patterns. All what I was looking for, for a long time! Thank you Devin.

My band is doing “Worried Man Blues” at the moment and this fits perfectly. Thanks.

I really enjoy lessons like “Worried Blues” where you play, sing and show instrumentals.
Lots of fun.

Great song to jam with!

enjoying this lesson – nice mixture of flat picking and strumming. 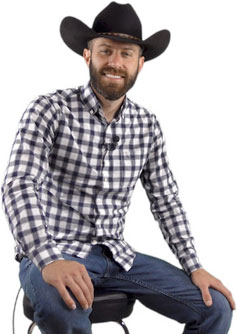 If you're satisfied with Devin's lessons and you'd like to make a donation toward his monthly website maintenance, click the "Tip" button below! Donations are processed securely through PayPal.
wpDiscuz