Wayfaring Stranger in the Style of Johnny Cash

Learn how to play the traditional American folk song “Wayfaring Stranger” in the style of Johnny Cash. First, we’ll break down all the chords and show you some strumming patterns that will make your rhythm sound country and bluegrass. Then, we’ll teach you the chord progressions along with the lyrics. For those of y’all that aren’t interested in singing this song, we’ll also have a nice acoustic guitar arrangement that incorporates the song’s melody. PDF files are available for download below the video! If you like this lesson, you might also like our Classic Country & Bluegrass Strumming Course. 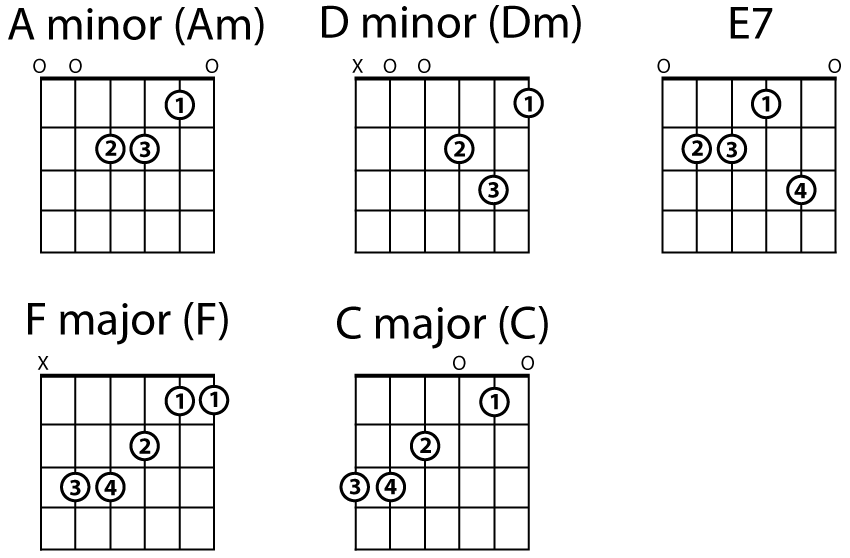 Log in or register to learn the short instrumental!

In this next video, we’re going to play a longer instrumental arrangement over the song’s verse and chorus. The first half will be the exact same as the Johnny Cash “verse” instrumental taught in the previous video. Then, we’ll break down the second half that’s played over the chorus.

Log in or register to learn the long instrumental!

Log in or register to watch the jam track video!

Great song!! Thanks for the lesson!

Don here. I have been a member for Close to a year but just getting around to practicing with your lessons. I thought I was a 6 month member but apparently I am month to month so I missed a lot of downloads.I have tried several times to upgrade from monthly to 6 months but have been unsuccessful so far.
Where can you buy those picks?
Also can you remove the voices from the backing tracks. I’m enjoying your lessons very much.

I meant for this to go to Devin, sorry Terry

Thanks, glad y’all like this one! I’ve been wearing it out over the past few days myself…great song to help build up that pick accuracy.

Great lesson. Nice sound from your guitar. What Martin model are you playing? What pick do you like the most? Are there any blue chip picks that are similar to the Dunlop Jazz III that you know of?

Thanks, keep up the good work

Thanks for the comment! I’m playing on a Martin D-16GT. It’s not the fanciest Martin out there but I’ve been really happy with it. I’d recommend the BlueChip TP60 these days. I’ve tried several and that’s the one I like the best so far, but I’m sure I’ll find another one to try at some point. It looks like the Jazz III is 1.38mm and the TP60 is 1.5mm. This one http://shop.bluechippick.net/products/Jazz80-LG.html might be close but a bit thicker than what you’re used to. Never tried it though…

It’s definitely bang for the buck compared to d18 or d28. Love the martin sound. Play j45 myself. Like IT, but it is more mellow in a way. Was thinking of the tp48 pick. Have you tried it? Does it bend like the jazz iii?

Nice, yeah the J45 is cool too…definitely more of a smooth tone out of the Gibsons. I have a TP48 also..ordered it after I saw Bryan Sutton post on fb about just finding his new favorite pick..TP48. I like it a lot. It doesn’t bend too much but it’s got a lighter feel…even though it might be stiff compared to the jazz iii, the right handed speed bevel on tip makes it feel easy to strum and pick. I still like the TP60 best but you can’t go wrong with TP48, TP50, TP55, or TP60 in my opinion.

Great lesson Devin I have the guitar part down what can you do to help me with the singing.
Really well put together lesson – most enjoyable?

Thanks Terry! Appreciate the comment. Have you tried practicing with the jam track? I’d maybe recommend practicing the singing with the jam track video…and you can click the “-” button at the bottom center of the player to slow down the video. That could help get the timing of the lyrics at a nice slow pace..then speed it up when you have it all memorized. Hope that helps! – Devin

Thanks Peter. Yeah, the F chord can be tricky to get right. Couple things you might try if you’re not doing them already — make sure your left thumb is placed on the back of the guitar neck directly in the center instead of wrapping your left thumb around the neck. Second thing is to bring your left elbow in towards your body so it’s fairly close to your left ribcage. Those two things usually help me get the proper angle for the F chord so my fingers aren’t working so hard to fret the strings. Other than that, I’d… Read more »

Works a treat thanks

Hi Devin, I go out in the desert around the Moab area a lot and don’t always have service, is there a way to save videos and play them without using data? Thanks, Rick

Hey Rick – All the lessons are available for streaming only at this point. We’ve considered adding downloads and might do that down the line, but for now it’s just streaming…it’s the easiest way to protect my videos and keep them safe from distribution outside the site membership. You could print the tablature and take those along when you’re out of service to give you some extra stuff to work on. Hope you’re enjoying all the lessons!

Karen thanks so much. First lesson that has been so helpful.

I like this song (Wayfaring Stranger). The minor chords give it a nice haunting sound – pretty. It will be a good song to practice alternating base and such as you have in the lesson module. Additionally, I have been looking for other songs to exercise Cross Picking with. This might be such a song. I’ll see if I can use it for that too.

That 3rd strum pattern sounds great with this.
took a while but all coming together.
Thanks Devin

I’ve been working this tune but can you do a Playthrough with the tabulature. This has become my favorite way to learn/practice your lessons. I feel pretty victorious when I can speed up and keep up with your video