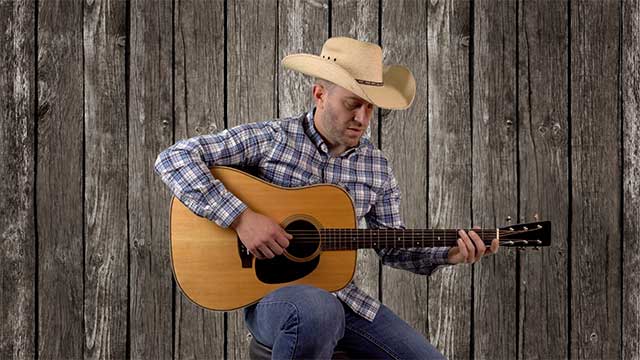 Gear Used in This Lesson

Thank you very much Devin!

Wish I’d joined this site ages ago! Loving it so far 🙂

As someone who plays a lot of fingerstyle this is frying my brain slightly. Great lessons Devin.

I would like to be able to printout the lesson tablatures as well as download an mp3 of the lesson.
Bballa

I am starting to understand how crosspicking is working now thanks to you Devin. Thank you very much !

Fun fact of the day: A main reason strings need a coating is because phosphor bronze has a tendency to rust and go dull. Nickel, however, is highly resistant to corrosion and it does not rust.

Woodtone Strings took nickel and mixed it with some other metals to create a custom nickel-infused set of acoustic guitar strings where NO COATING IS NECESSARY.

These non-coated strings last forever, and they have an amazingly loud, crisp, and warm tone.